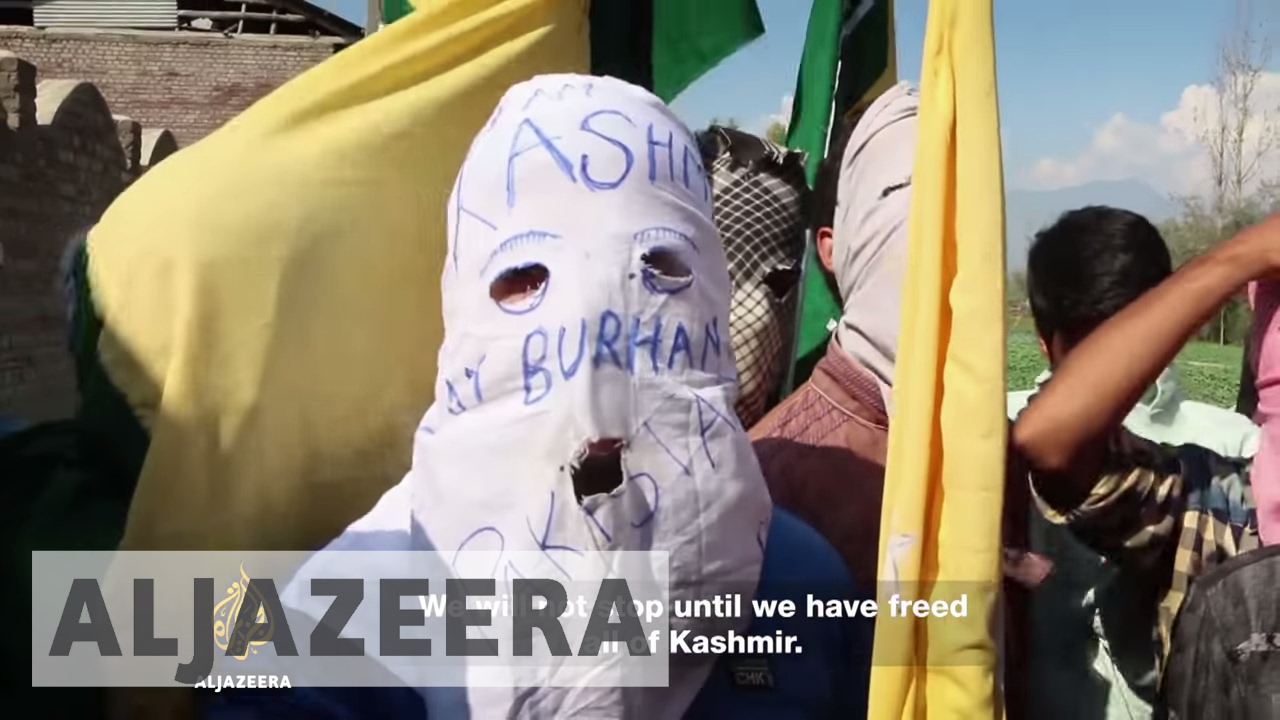 KASHMIR: The most militarised zone in the world isn’t in Iraq or Syria. It’s in Indian-administered Kashmir, a region racked by a separatist insurgency for almost 30 years.

More than 600,000 soldiers are stationed here, accused by activists of decades of murder, torture, rape and other abuses. But Kashmir may have reached its tipping point. The government’s violent crackdown on unarmed protesters has fuelled unrest in recent months.

There are some things about October 31, 2016, that Ifra Shakour says she will never forget. And then there are the hours that she was unconscious.

She remembers hunching over school books, cramming for her eighth-grade exams. She recalls hearing bursts of tear gas shells coming from the local market. And she definitely remembers that feeling of dread when she realised that her little brother wasn’t home.

“I asked my mother what was happening outside," the 14-year-old said.

“I didn’t know what was going on. I closed my books and went out."

Ifra only made it to her front gate. The last thing she saw were two uniformed policemen running towards her.

“When I saw them, I got scared. That’s why I ran," she told Al Jazeera.

“They caught me by my hair and dragged me. And then they beat me with their baton on my arm. But still they weren’t satisfied so they shot me with a pellet gun."

This pump action shotgun has been the weapon of choice for security forces in Indian-administered Kashmir for years. It’s classified as “non-lethal", used to maim rather than kill its victims.

Each cartridge carries lead pellets the size and shape of mustard seeds. With the pull of a trigger, the gun sprays hundreds of these tiny balls indiscriminately into the air.

Ifra said the policemen shot her at point-blank range.

“After I was hit I couldn’t see anything. Blood was coming out of my eyes," she said.

“All I could think about was seeing again so I can study, go out with friends, teachers, my family and neighbours. I used to pray to God to make me see again so I can be a doctor."

Protests triggered by the death of Burhan Wani

The shooting of Ifra came during the worst protests Indian-administered Kashmir has seen in six years. They were triggered by the killing of Burhan Wani, a young rebel commander who had joined an underground network of separatist guerillas.

Wani was an icon and a social media star with thousands of online followers. His death sent shockwaves through India’s only Muslim-majority state. Angry protesters flooded the streets, throwing rocks at security forces and demanding independence.

The subsequent crackdown by the government was swift and violent. Hospitals struggled to cope with the dead and injured. Some had been severely beaten, others suffered pellet wounds.

“She was screaming," said her aunt, Rubeena Banu. “There was blood coming out of her eyes, her ears, her nose. I was so stressed. I couldn’t look at her. I thought she would die."

Ifra had three pellets in her right eye and two in her left.

“She had gone out to bring her brother home because there was firing and fighting going on," Banu told Al Jazeera. “What did she do wrong? She didn’t have a rock or a gun in her hand. She had just gone to get her brother."

‘No rule of law here’

The Indian government has resisted increasing pressure to ban the use of pellet guns against protesters and civilians.

“Banning it would take us straight to using bullets, so it’s the lesser evil," said Naeem Akhtar, a senior minister in the state government.

“Use of disproportionate force is a problem, crowd control is a problem," he admitted. “We want to create an atmosphere where we should not use it. It should be the last resort because it’s not for human beings."

But activists and political leaders have accused the government of being disingenuous. For decades, human rights lawyers have been recording a catalogue of complaints against security forces, including cases of extrajudicial killings, torture in custody and rape. They believe abuses in Kashmir are systemic.

“Every time [there is a protest] the reaction is brute force. Kill the Kashmiris, maim them, blind them."

Akhtar, the government minister, said the state takes these allegations seriously and is committed to protecting civilians in this 30-year conflict.

“The government is looking into specific cases of it and wherever we find that there has actually been an established case of disproportionate use of force, we will certainly take action," he told Al Jazeera.

“They will be investigated, compensated."

But when pressed about when these investigations will take place, he said: “I can’t put a time frame on that … I don’t know."

Al Jazeera also requested interviews with the police, the military and the federal government, but none agreed to be interviewed.

Ifra’s family does not hold any hope that her case will be investigated. They have not lodged a complaint with the police.

“If we complain, who knows? Maybe they’ll pick up my little nephew and put him in jail," said Ifra’s aunt, Rubeena. “That’s why we’re scared and we won’t complain.

“Today, this happened to my niece. Another day, it will happen to someone else, and someone else the day after that. That’s why we say we want an independent Kashmir."

Ifra has had three surgeries to restore her vision, but her sight is still limited. Her relatives say she has stopped studying and barely eats. She spends most of her days sitting alone in the courtyard outside her home.

“My friend used to come to see me every morning, but now she doesn’t come," she said. “I don’t know what has happened. She’s busy studying and going to school. She’ll graduate, but what will I do?"