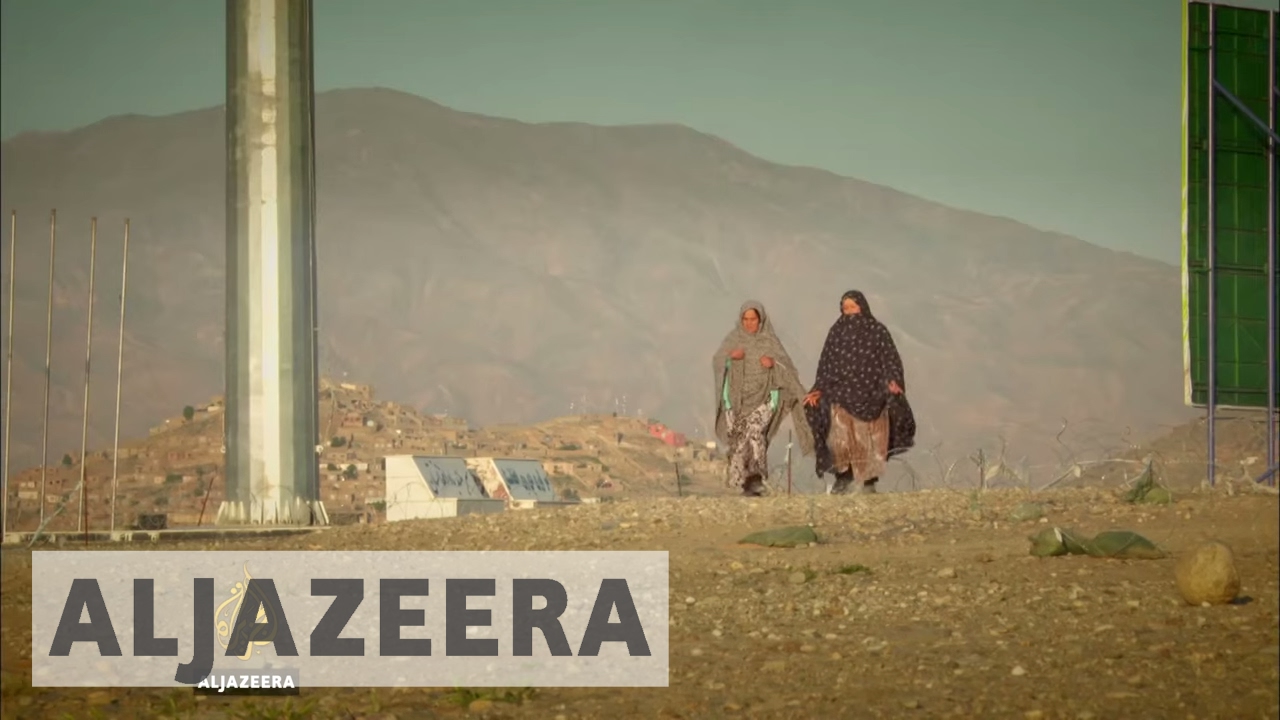 KABUL: Thirteen years after the fall of the Taliban, women in Afghanistan continue to suffer oppression and abuse.

Research by Global Rights estimates that almost nine out of 10 Afghan women face physical, sexual or psychological violence, or are forced into marriage.

In the majority of cases the abuse is committed by the people they love and trust the most – their families.

While shelters are trying to provide protection and legal help to some, many women return to abusive homes because there is no alternative. Unable to escape their circumstances, some are turning to drastic measures like self-immolation to end their suffering.

‘Mariam’ was seven months pregnant the last time her husband almost killed her. She doesn’t remember what triggered the attack. What she remembers is being slammed to the floor, and her husband’s foot crushing her neck.

“I started bleeding," she said. “All the cushions on the floor were wet with my blood."

Mariam, which is not her real name, has been hiding in a secret women’s shelter in Kabul for the past two months. She lives with around 20 women who have travelled here from across Afghanistan, each with their own horrific story of abuse.

Some have left violent husbands. Others have been raped or are fleeing forced marriages arranged by their parents. All of them are terrified that they will be killed by their families.

War-torn Afghanistan is ranked as one of the most dangerous places in the world to be born a woman, according to a survey by the Thompson Reuters Foundation.

Under the Taliban women were banned from going to school and working. They were not allowed to leave their homes without a male relative or be seen in public without a burqa. For defying the regime’s repressive laws, women were openly flogged and executed.

But 13 years after the fall of the Taliban, and despite the influx of billions of dollars in development aid, many Afghan women are still living in terror.

A report by Global Rights estimates that almost 90 percent of women experience physical, sexual or psychological abuse or forced marriage. Overwhelmingly, it is their families who are committing these crimes.

“It’s a question of control and power," said Sima Samar, a prominent women’s rights activist and chairperson of the Afghanistan Independent Human Rights Commission. “You use religion, you use culture, you use tradition, you use gender to keep the power, to keep control."

When Mariam, 25, got married five years ago, she never imagined that she would end up in a shelter.

“When I first saw my husband I thought he was the right man for me," she said, sitting on the floor of the shelter with her head covered in a black scarf.

“I thought I’d have someone to share my pain and my secrets with. I’d have children and live a happy life."

But she says the abuse began almost immediately. Without warning, her husband would erupt into violent rages, at times threatening her with a loaded gun or dragging her by her hair through their home.

When she tried to seek help from the police, they released her husband after a few hours. Even her parents refused to help her, returning her to her in-laws after assurances that she would not be beaten.

Mariam says her husband was diagnosed with a mental illness and prescribed medication. But the torment continued.

“I thought about killing myself but I couldn’t go through with it because I was pregnant. I was so tired. Most of the time I didn’t even have the energy to defend myself and nobody was there to defend me," she said, showing no emotion.

Mariam and the other women at the shelter are the lucky ones. For now, at least, they are safe. But there are only 14 protection centres across Afghanistan and most are in urban areas. Many women simply cannot reach them.

But even these few shelters are under threat. Foreign governments and donors are cutting back on funding as the international community pulls out of Afghanistan. And the national government is not filling in the gap. There are also powerful leaders within the country who want the shelters to close.

“They protect people who are doing wrong things and give them immunity. They open the gates to social problems like AIDS."

Hanafi and other lawmakers have also fought legislation that increases punishment for crimes against women.

The 2009 Law on the Elimination of Violence Against Women (EVAW) banned and set new penalties for underage and forced marriage, rape, forced prostitution and other abuses. But it was only passed into law through a presidential decree.

“It’s a male conservative, selfish mentality," said Samar. “They believe that they have the superiority of being men and having a long beard. They are not there to think that every human being is equal," she said.

Back at the shelter, Mariam is torn between standing up for her rights and securing a future for her children. Her one-year-old son still lives with her husband and she is now nine months pregnant with her second child.

Her husband admitted to beating her, and tried to justify it by saying the abuse was never serious.

“My wife is so stubborn," he said. “She was always arguing with my father, my mother and sisters. So one day I hit her."

Without an income or a place to live, Mariam’s lawyer at the shelter says a court is likely to grant custody of the children to her husband despite his violent history.

Her parents have refused to take her in, and she has no other options. It is a problem that almost all the women at the shelter face. They may have had the courage to leave their abusive families, but where will they go now?

For Mariam, it is a grim realisation that is only now sinking in.