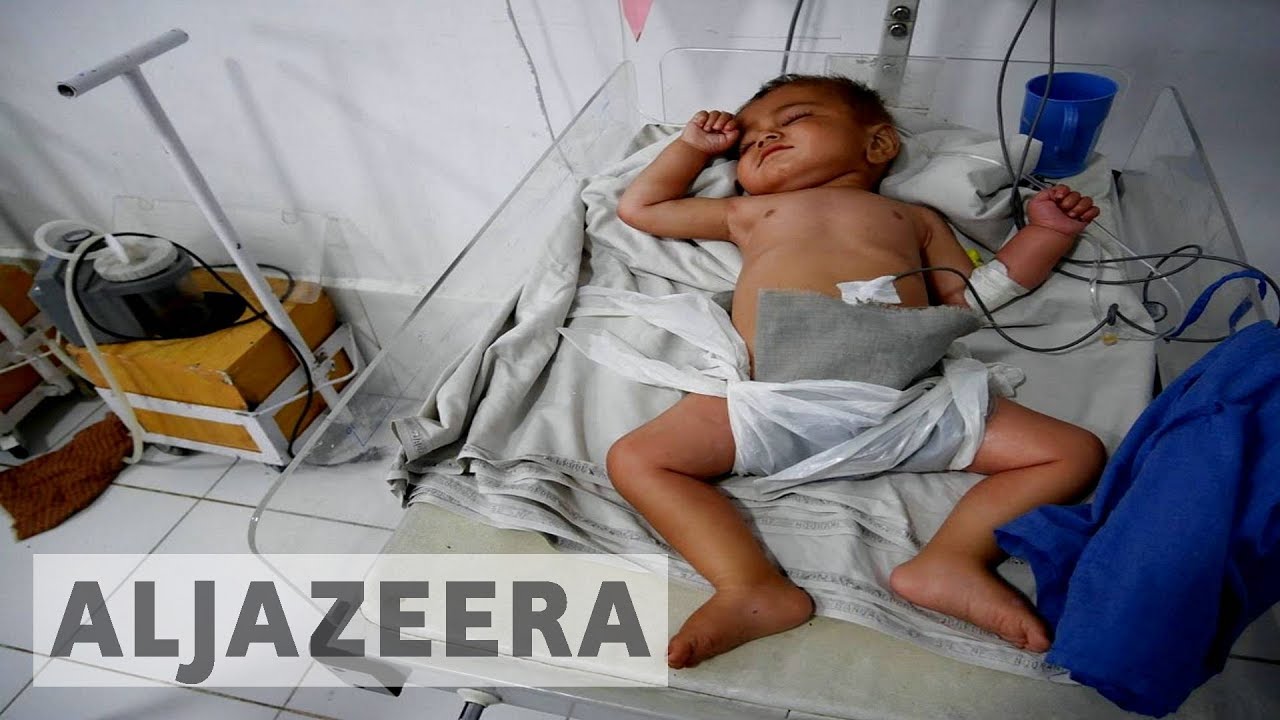 LASHKAR GAH: It was 2:08am when the first shells hit the Doctors without Borders (MSF) trauma centre in Kunduz, Afghanistan.

The hospital was brimming with patients and staff when a US gunship unleashed an hour-long attack, killing more than 40 people.

Medics have always been off-limits in war, protected by international laws.

The United States called the Kunduz attack a “tragic accident", but many believe that medics are increasingly becoming targets in conflicts.

Can frontline doctors continue to save lives without fearing for their own? Or is this the end of their humanitarian work?

Breaking The Rules Of Engagement

“His oxygen is only 50 percent," says paediatric nurse Samantha Hardeman. “We need another dose of adrenalin."

As medics crowd around the baby, his fragile body jerks with convulsions.

Suddenly, he goes into cardiac arrest and his body stops moving. His dark brown eyes stare unblinking at the ceiling, and he becomes one of the youngest victims of Afghanistan’s 30-year war.

In this bitter conflict, soldiers and insurgents may be in the firing line but it’s babies like this who are the unwitting casualties.

“We have a relatively high mortality rate because the kids are so sick when they come to us," Hardeman says, as she walks through the neonatal intensive care unit at Boost Hospital in the southern Afghan province of Helmand.

“Sometimes the family can’t get their child to the hospital on time because there’s fighting around them."

Run by the international medical aid group Doctors Without Borders (MSF) in the dusty provincial capital of Lashkar Gah, Boost Hospital lies just a few kilometres from the frontline separating government forces and the resurgent Taliban.

One of just a handful of health facilities in this part of Afghanistan, Boost Hospital is a vital lifeline for tens of thousands of civilians.

Up to 500 patients come to the hospital every day, the majority of whom are children suffering from acute malnutrition.

It remains one of the main causes of childhood death in the region. In 2015, Boost Hospital admitted almost 2,300 malnourished children – approximately 190 every month.

Baby Hamid* is just six months old, but in his short life he’s been admitted to the hospital three times.

On his most recent visit, Hamid bore the tell-tale signs of malnutrition; his translucent skin stretched over his bones, his round head too large for his frail body.

“The first time I brought him here he was about to die," says his mother, Sharifa*, from behind her sky-blue burqa. “I took him to the emergency room and doctors put him in an incubator and started oxygen on him. And then he got better. I took him home for a week but he got worse."

As doctors in the emergency room examine him, Hamid stretches his mouth open to scream, but he is too weak to make a sound. His mother says he is suffering from diarrhoea and a cough, but the staff immediately send him to the hospital’s feeding centre.

“All day I’m scared and crying. Maybe I’ll lose him," Sharifa says, cradling her baby. “I love my son so much. My heart hurts when he is sick. I can’t even eat anything."

At the feeding centre, Sharifa and her son are squeezed in beside dozens of other malnourished infants and their mothers. Many have travelled for days, dodging bullets, landmines and checkpoints to reach the hospital.

Demand for care is so overwhelming that often the staff have to cram two or three patients into each bed.

Here, the babies are put on a strict regime of high-calorie formula every few hours, their diet monitored around the clock by medical staff to ensure they gain weight.

“Mother’s milk is the best for a child," an Afghan doctor tells Sharifa. “When they don’t get that, they’re thin and they have a lot of problems, like a distended stomach and cramps. Breast milk is the only thing that can help the child grow."

Many of the mothers at the centre have never been to school. Some of them are just teenagers who gave birth after marrying at a young age.

“At home I was giving him cow’s milk and goat’s milk," admits Sharifa. “But he reacted badly to this."

The doctors say Hamid has to stay in the feeding centre for at least a week. Without this urgent medical intervention, Hamid and many of the babies here would die.

But the frontline medics working to save their lives, and others like them around the world, are increasingly under threat.

There have been at least 2,400 strikes against hospitals, health workers and patients in the past three years, according to the International Committee for the Red Cross.

In Afghanistan alone, there is an incident every three days.

One of the most devastating strikes occurred in October 2015, when a MSF hospital in Kunduz, northern Afghanistan, was obliterated.

More than 40 people, including medical staff, were killed when the US military dropped more than 200 shells on the facility.

Survivors described scenes of horror: patients in the intensive care unit burnt in their beds, medics dismembered by a hail of bullets as they tried to flee the hovering AC-130 gunship.

“I heard my friends shouting," said Dr Esmatullah Esmat, an Afghan surgeon who was working in the centre at the time of the attack. “They were saying ‘Please help us’… But there was no one to help them."

The attack sent shockwaves through the international aid community. Health workers are supposed to be protected by all sides in warzones, but aid workers fear that governments and fighters are no longer respecting international laws.

An internal investigation by the US military found that its aircrew attacked the hospital, believing it was another building that had been overrun by the Taliban. Investigators blamed a series of human, technical and procedural failures for the bombing.

“It was absolutely not a deliberate attack. It was a mistake," Brigadier General Charles Cleveland, a spokesman for the US military in Afghanistan, told Al Jazeera.

The investigation found 16 servicemen culpable. They were given administrative punishments ranging from letters of reprimand to retraining. No one has been charged with a crime.

Frustrated by the lack of criminal charges, MSF has demanded an independent investigation into the incident. The organisation said it repeatedly shared the GPS coordinates of its hospital with the Taliban, the Afghan Army and the US military before the attack.

“War still has rules," says Canadian nurse Samantha Hardeman. “These are innocent people who are not part of what’s going on, and they should never be brought into it."

Hardeman says the attack in Kunduz devastated the MSF community and she’s worried that these attacks may make medics less willing to work on the frontline.

“There’s some people who, because of Kunduz or because these kinds of attacks are happening more, are probably less likely to come to a place where the perception is that it’s more high-risk," she says.

For babies like Hamid, the work of these frontline medics means the difference between life and death. After five days in the hospital and a regimented feeding schedule, he is out of danger for now. Nurses say he has gained 200 grammes and will soon be able to go home.

“I’m happy because my baby is getting better," says his mother. “When he gets bigger, I want him to study and be a doctor."

Editor’s note: Hamid and his mother’s name have been changed to protect their identity.